Krakow is famous and one of the frequently visited cities of Europe especially Poland. The architectural monuments of the town host some museums, an anthology of precious art and artifacts. Krakow has got few most distinguished clubs and bars of the world. Prepare yourself to get acquainted with the city in a relaxing manner. All you need is to board the red bus at your comfort.

Prepare yourself to dive in the adventurous experience at the Krakow city with the Red Bus Tour. Take your seats on the above deck of the bus. Watch the city life from a diverse viewpoint. The bus will pick up the tourists from the Wawel Royal Castle which is the Bus Stop 1, and it will take all of them to Football Stadium that is the dwelling place of Polish Sports Club.


The Stop 3 is Wolnica Square, Kazimierz. Old Kazimierz Court House lies in the heart of the city. Fetch a coffee from the nearby café which will make the right combination while you enjoy the outside open space. The Ethnographic Museum located nearby will plunge you into the European history & culture.


Another worth watching spot is Stop No. 5 where you find Schindler’s factory. It is a museum which displays the Nazi occupation of Krakow during II World War. At Stop No. 7 hop-off to enrich you with the Barbican Gateway made in gothic style. In the 15th century, it acted as a barricade to protect the city.

With the choice of different variants of tickets, you can experience the Krakow city at your own pace. Krakow Hop-on Hop-off bus covers all of the popular attractions across the city. With a multilingual pre-recorded commentary (available in 10 languages), you will cover following famous attractions:

Book online! your Krakow Hop-on Hop-off ticket now and explore the city at your own convenience.

Ticket Redemption:
You can board the bus at any stop and voucher can be exchanged directly with the driver.
Mobile vouchers must be redeemed at Wawel Royal Castle, Old Town (Stop 1), Straszewskiego Street (opposite the Radisson Blu Hotel).
Printed vouchers are accepted at all stops.
Book Now! You can use your ticket any day within 12 months.


Additional Information:
Wheelchair Access, Wi-Fi, Heating, Air Conditioning
Infants can travel free and you do not require to book infant ticket.
Due to major road works throughout the city, there are some significant disruptions to the bus tour which is out of our control.

More Things To Do in Krakow 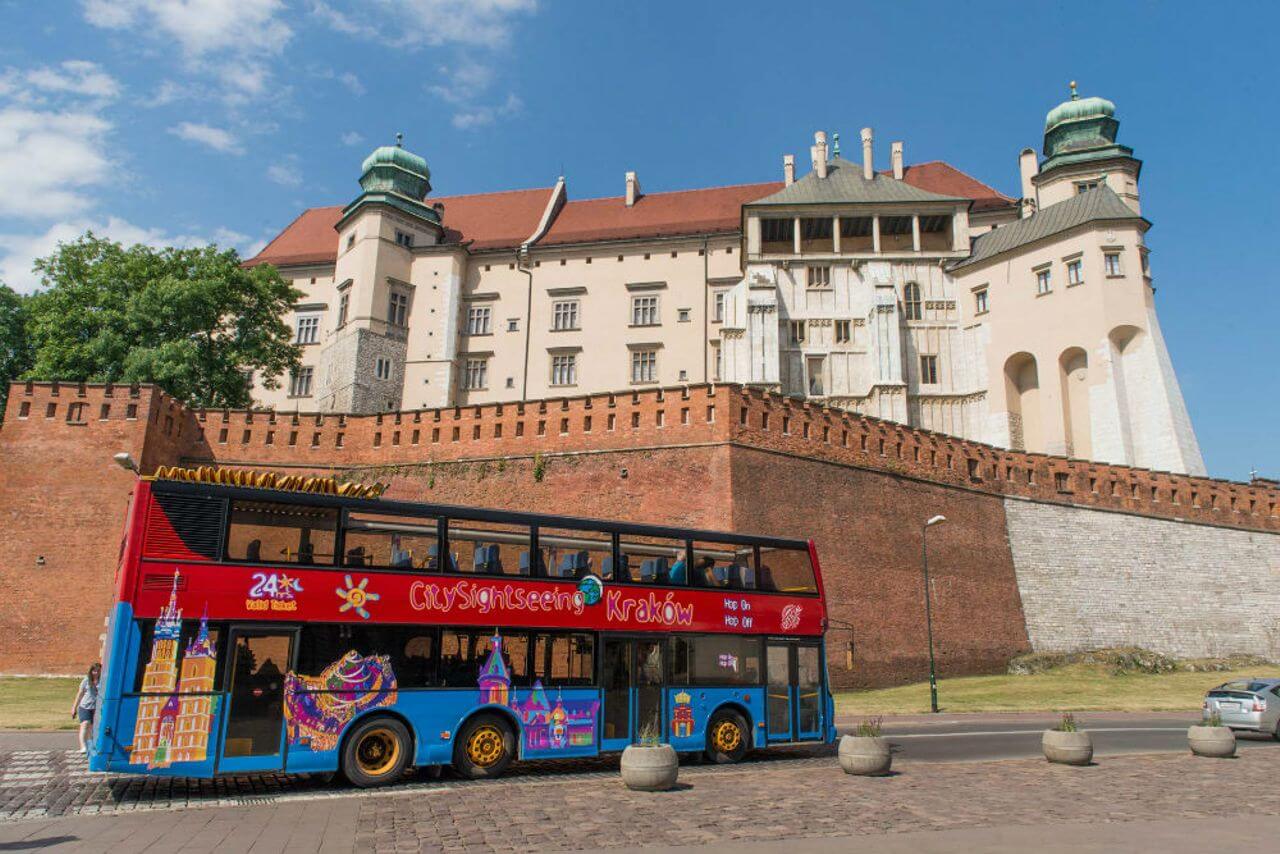