The City sightseeing at St. Petersburg is an ultimate experience with the St. Petersburg Hop-On, Hop-Off Bus rides. It is famous as Russia’s regal capital and a dazzling metropolis which gives opportunities to experience 360° panoramic views from the bus-top. The famous bright red color double-decker buses will take you to 22 spots located in the region of the city.

The trip starts from Bus Stop 1 that is the St. Isaac’s Cathedral which is a neo-classic attraction. The 2nd Stop on the Red Route is Admiralty Building, which is headquarters of Russian Naval Force. Come out of the bus and admire the elaborate details taking a walk around the nearby Alexander Gardens.


The upcoming and the third stop is the Palace Square, situated in the center of town. The Alexander is a memorial constructed in the beginning of the 19th century as a memorial depicting Russian military’s triumph over Napoleon’s France in the war. The Kazan Cathedral is Stop 4 built in 19th century. It is a stunning landmark devoted to Lady of Kazan. Sitting back for long is sometimes tiring so there is an opportunity for you to take a stroll across Achinov Palace. You can also admire the serene view of Fontanka River from Achinov Bridge watching the boats sailing beneath you.


The journey further follows with Summer Gardens commenced with the order of Peter the Great. The atmosphere is relaxing and peaceful amidst the incredible sculptures and a water spring in the park’s centre.

With the multiple choice of tickets, you can experience the St. Petersburg city at your own convenience. St. Petersburg Hop-on Hop-off bus covers all of the popular attractions across the city. With a multilingual pre-recorded commentary (available in 11 languages), you will cover following famous attractions:

Book online! your St. Petersburg Hop-on Hop-off ticket now and explore the city at your own pace.

Ticket Redemption:
You can board the bus at any stop and voucher can be exchanged directly with the driver.
Printed vouchers required for this tour and are accepted at all stops.
Book Now! You can use your ticket any day within 12 months.

Additional Information:
Wheelchair Access, Heating
Infants can travel free and you do not require to book infant ticket.

More Things To Do in St. Petersburg 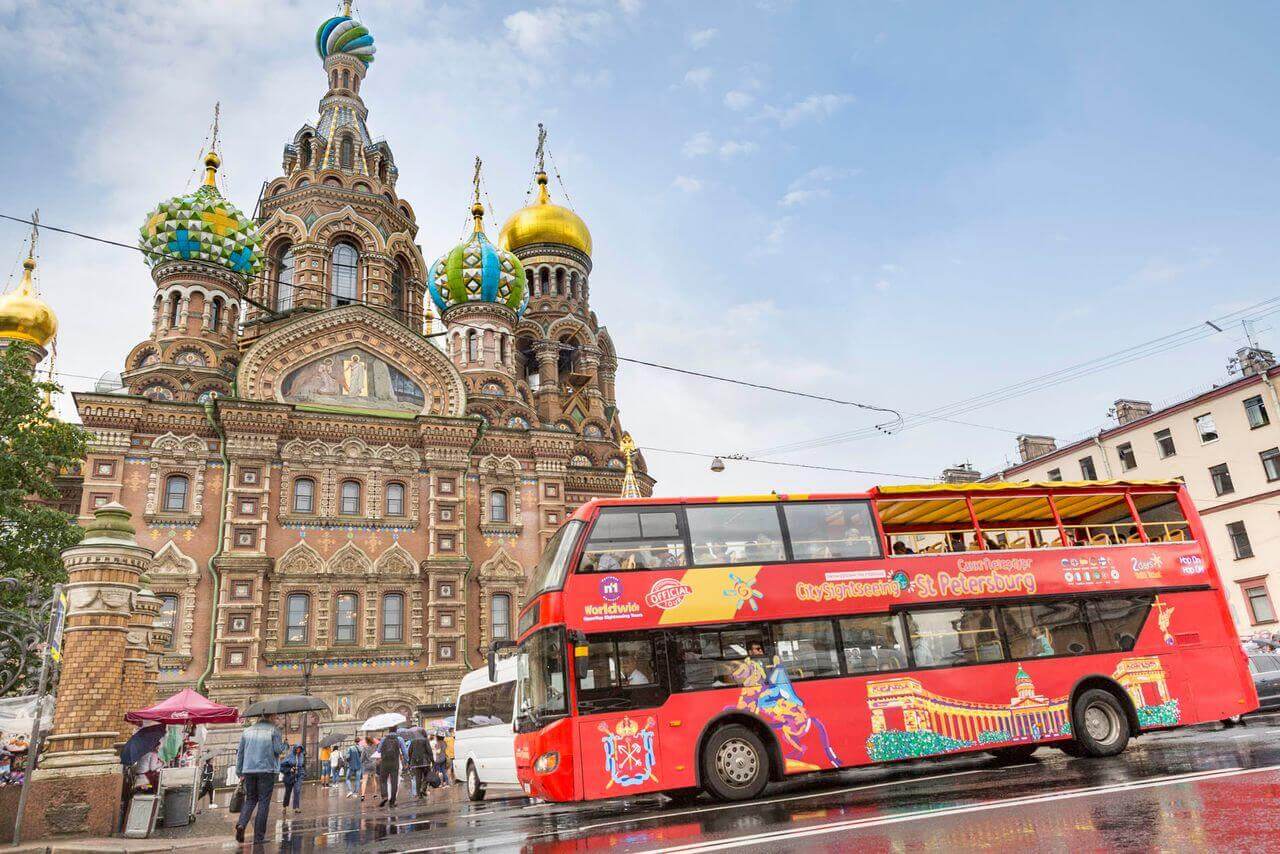