The town of Stratford-upon-Avon boasts a rich culture and architectural heritage. It is a small but lively city having a few of the most amazing historical monuments and buildings. The small town is famous for being home to the English writer Shakespeare, who with his unique and marvelous writing style became the King in the 17th century. The bus tour around the city covers 11 tourist attraction spots. On the way, you can relax in your seats while watching the scenic beauty of Avon River as it passes through it.

The town is famous to be the hometown of Shakespeare. It is full of amusing shops and good quality restaurants. The pubs line the streets of the medieval city all in the environs of the scenic beauty of Avon River. The magnificent Warwickshire countryside lies close to it. Take an adventurous boat ride across the Avon River. Visit the birthplace of Shakespeare at Stop No. 2 where the literary genius spent his childhood days. Stop 3 brings you to the Market Street where you can find the American Fountain quoting a few lines from the play Henry VIII.


The Royal Theatre of Shakespeare is at Stop 5 where you can feel the good vibes of the artistic energy. The Shakespearean plays still feature in the theatre, and you may watch one of them. The location of the theatre is peaceful along the riverside. Next stop is number 6 where Shakespeare’s grave lay in the premises of the Church Holy Trinity. The legend of literature dies on the date of his birth at the age of 52 years, but he is still alive in his works!


The last significant place of Shakespeare’s life is the Anne Hathaway’s Cottage. It was home to Shakespeare’s wife when she was a young child. Shakespeare visited this place many times during his life.


With the choice of 24 and 48-hours bus ticket, you can explore Stratford-upon-Avonat your own pace. City Sightseeing Stratford-upon-Avon Hop-on Hop-off bus covers all of the popular landmarks and attractions across the city. With a multilingual pre-recorded commentary, you will cover below famous attractions:

Hurry! Stratford-upon-Avon is waiting. Get the online tickets and explore the city of the Star of Stratford!

Ticket Redemption:
You can board the bus at any stop and voucher can be exchanged directly with the driver.
Printed vouchers are accepted at all stops.
Mobile vouchers currently NOT accepted.
Book Now! You can use your ticket any day within 12 months from booking date.


Additional Information:
Wheelchair Access, Heating
Infants can travel free and you do not require to book infant ticket.

Cancellation Policy:
No Cancellation Charges up to 24 hours before the chosen travel date.

More Things To Do in Stratford-upon-Avon 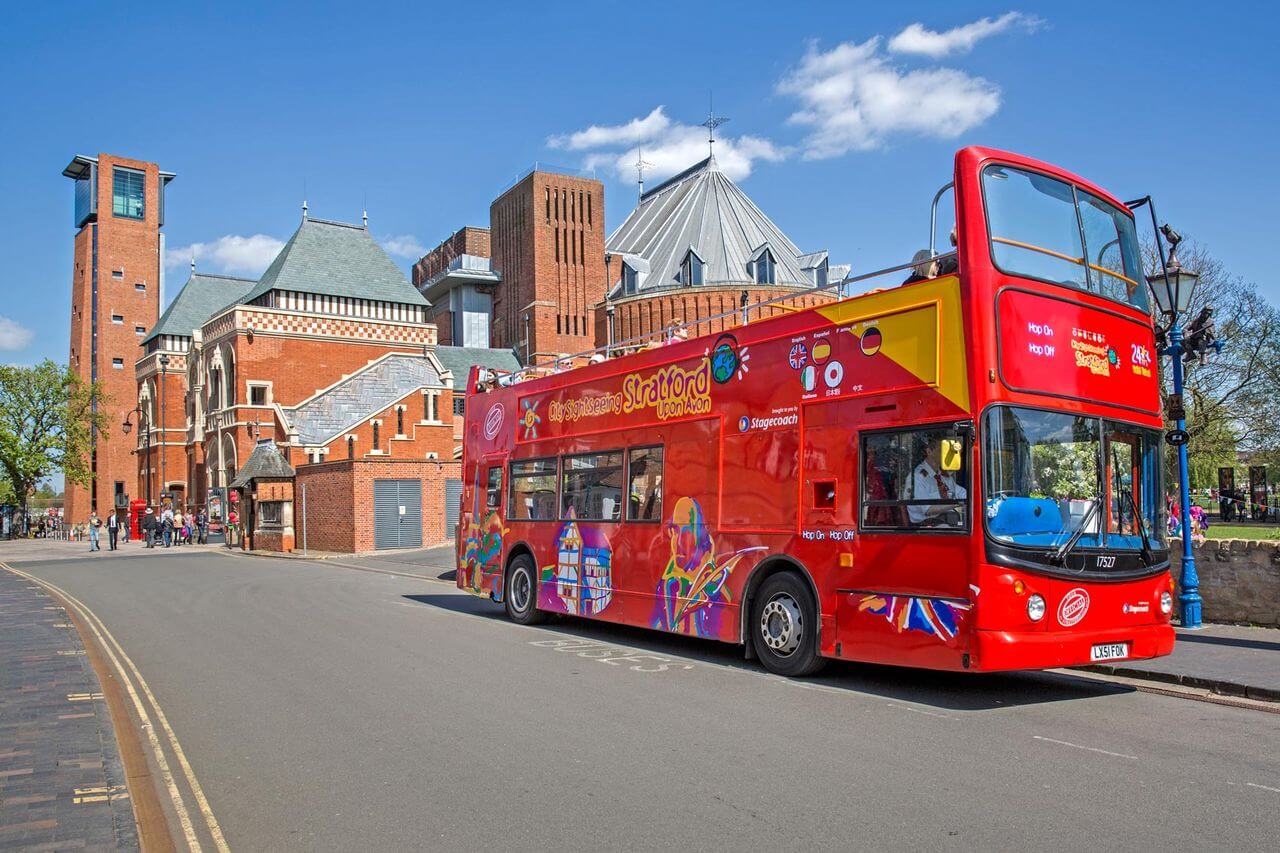