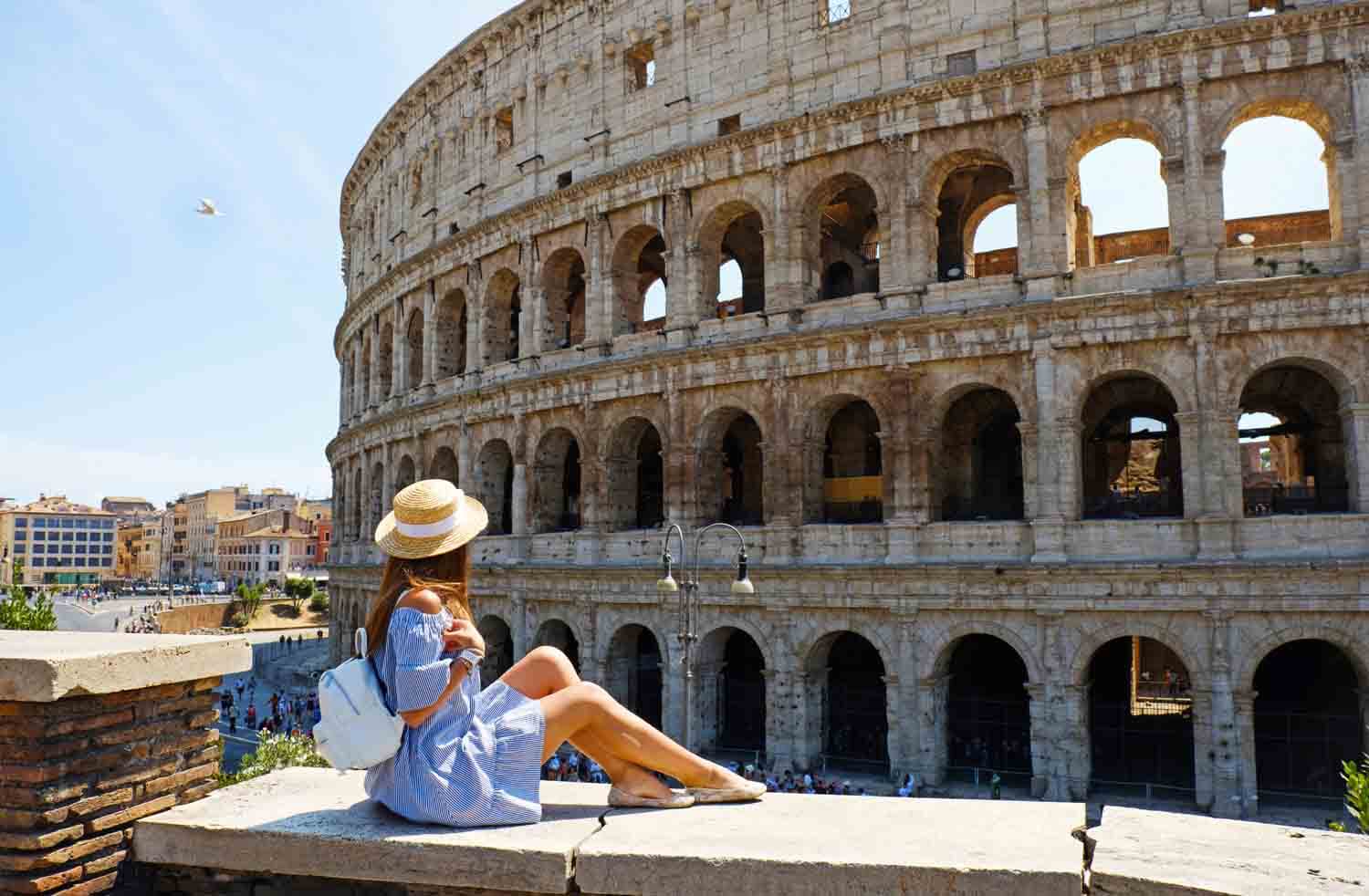 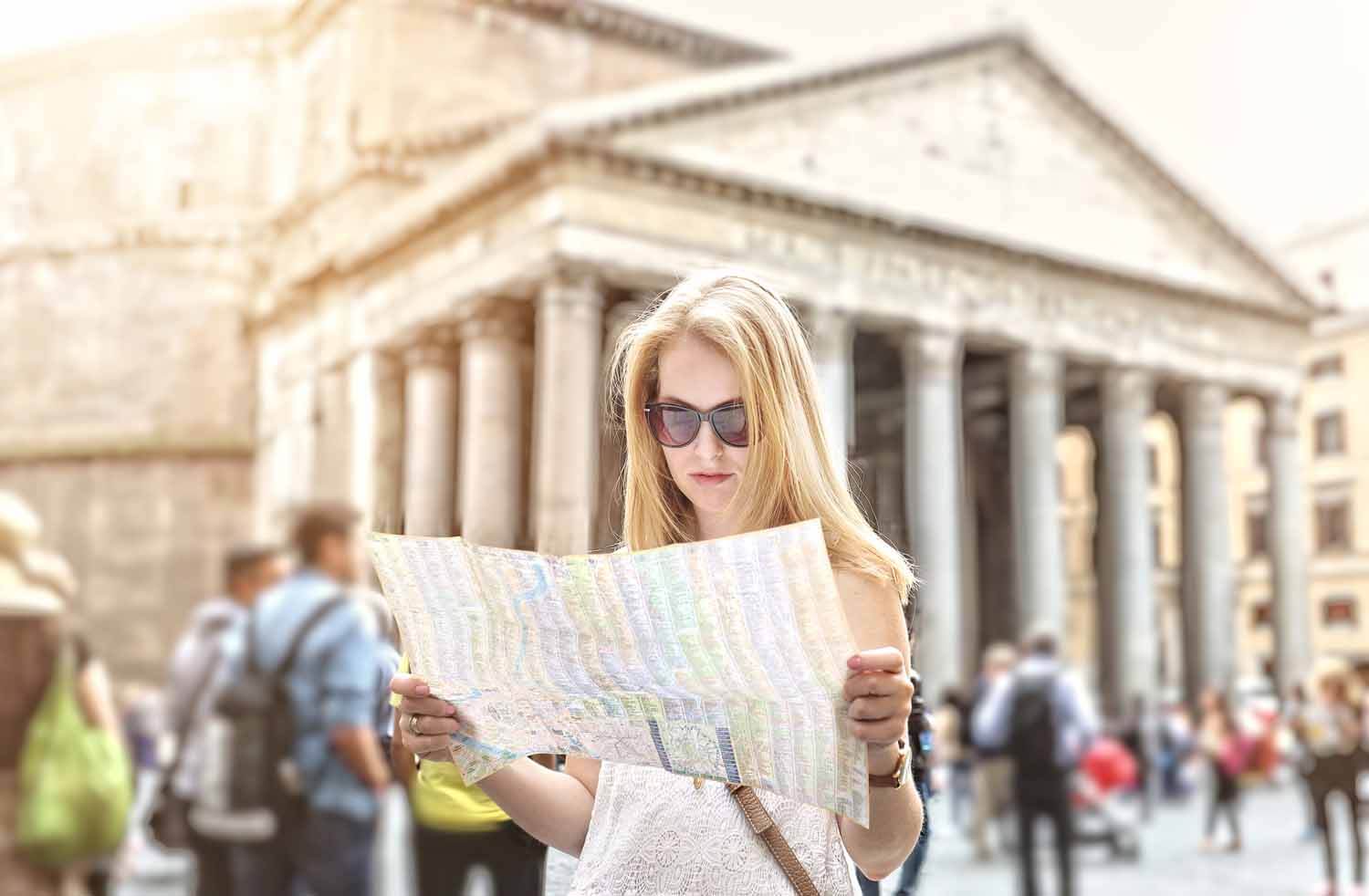 Overview:
Rome is the city which was once a global powerhouse and ruled a significant portion of the then word. Now, it is another beautiful European destination. The Italian capital offers a picturesque view of the 3000-year-old architecture, art, and cultural display. Visiting the city you will find, the place is a perfect blend of modern culture blossoming amidst ancient ruins. Make the best out of Rome with nine prominent bus stops to explore the tourist sites in the city.


Description:
Beautiful ancient architecture, lip-smacking Italian cuisines, haunting ruins and one of the most Romantic cities in the world, is what defines Italy’s capital. The capital is a popular tourist destination in the world and therefore always buzzing with tourists. Italians have always done things with style. Their food and attire show the way they take styling seriously. So, while touring the city one can understand the concept of living the life.


The tempo of the city increases with regular people flashing off utter style sense especially in the evening when the Italians starts descending towards the Bars and the pubs. The tourist spot will be full of people cheering around, and preparing themselves for the late night parties or the cocktail clubs.


Start the city sightseeing tour with one of the most famous landmarks, The Colosseum. This is the amphitheater at the heart of the city. Built of brick face concrete, travertine, and tuff, now it is just ruins of the largest amphitheater. The Colosseum lies to the east of the Roman forum, and therefore it is the next destination. The structure is rectangular shaped forum carved with ruins of important government building from the Roman Era. Citizens of Rome describe it as an ancient marketplace.


After visiting these ruins and spending some considerable amount of time there, the next destination for sightseeing is the Trevi Fountain. The fountain dates back to 1762 and is the largest Baroque fountain in the city. It is present in the Trevi district of Rome and was designed by Nicola Salvi. The fountain is famous amongst its counterparts globally  and flipping a coin in it is a favorite past time of tourists. Next, Hop Off at the Piazza Navona a famous square in Rome. It was a competition arena, and the ancient Romans visited there to watch the games. Piazza Navona dates back to the 1st century AD.


The St. Peter’s Basilica will be the ideal destination for the next stop. It is an Italian Renaissance church and follows the Baroque and Renaissance architecture. The church is present in the Vatican City within the Papal conclave. The Vatican Museums are next in the line after the Basilica. These museums in the Vatican city are art and Christian Museums. They are repositories of extensive collections by the Popes throughout the centuries. These collections include some of the most popular Roman sculptors and masterpieces from the Renaissance period. Other sightseeing places include, Piazza di Spagna and the Spanish Steps and Pantheon.

Ticket Redemption:
Vouchers can be redeemed on board at any bus stop or at any of the Visitors Centres located at:

Visit home of the most famous and historical architectural wonders of the world, Rome with open top Big Bus Hop-On Hop-Off Bus Tours.

Onboard, the open top double-deck red buses get the opportunity to visit the famous tourist attractions of the eternal city comfortably.

You are on a short trip to Rome, and you want to see the most famous attractions of the city in a short period. Don’t Panic! Here is a package plan for you.

Admire the romantic city of Rome from the deck of the two floored red buses. Visit the lovely places and enjoy a comfortable and hassle-free trip.

A trip to Milan from Rome that includes a train journey and city sightseeing on Hop-on-Hop-off bus will be a wonderful experience. Visit the famous city and explore!

The trip includes a train trip from Rome to the city of Venice and sightseeing in Venice on red buses. There are many places of attraction in the town which attracts tourists.

Naples, the beautiful Italian city is famous cultural and historical heritage. The train journey takes you through Naples from the center of Rome and explores the city.

Florence is a center of numerous art galleries, museums, and other monuments. The bus will drive you through popular destinations, and you can explore the iconic places of the city.

Venice is a masterpiece city in Italy. City Sightseeing drops in water will take you through popular destinations, and you can explore the beautiful places of the city.

Leonardo da Vinci museum is the most popular tourist destination in Venice. Avail Skip the line and explore this iconic place of the city.

Explore the city of Milan with an overall bus facility provided by City Sightseeing. Get to know the interesting places and check out the famous sites of Milan.

Explore the city of Florence using the City Sightseein bus facility. Explore the glorious sites of Florence such as Santa Maria, Piazzale Michelange, Fiesole and much more. 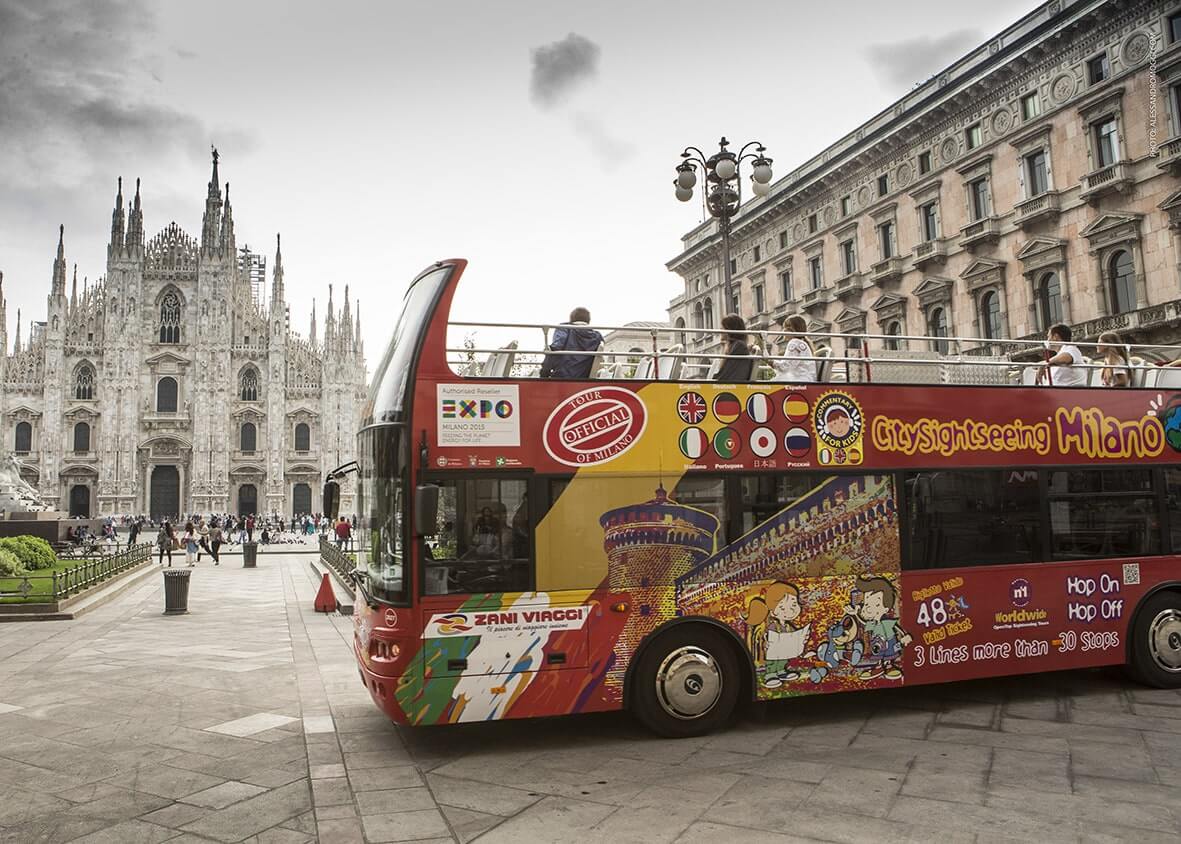 Your Ticket is valid for 1 Day or 48 Hours

Hop on the city Milano and come across the beauty of this ancient city. Enjoy the Hop on Hop Off ride and make the most from this beautiful, adventurous trip.

Explore the city of Naples with an overall bus facility offered by City Sightseeing. Get to know the interesting places and check out the vibrant life of Naples.

Hop On Hop Off in the city of Palermo and fill your desire to visit the beautiful multicultural city of Sicily. Experience the best bus service and rejoice with the thrilling travel tour.

Verona is a beautiful Roman city that has a history of more than 2000 years. Experience the diversified culture and get close to the esprit of the city through the wonderful hop on bus facility.

A break to Genoa in a bus ride will be a superb idea when there is the facility of wholesome of the package that allows you to save money and time and have fun.

Hop on hop off bus facility is the best service that picks you from the stop, takes you to the most famous and demanding places, serves the best bus facility and makes your trip most incredible one.

Messina is the third largest city of Sicily Island. Enjoy the bus ride and visit various landmarks of the city.