Enjoy the comprehensive tour to Lisbon with this Yellow Bus Hop-on Hop-off tour. With this tour, you get the opportunity to see the fabulous attractions. Onboard commentary will deliver the facts about this beautiful city. Enjoy the urban atmosphere and historical landmarks of the city. Hop on, hop off at your pace and wander around streets to know the traditions and culture of the Lisbon.

Hop on the yellow bus and visit the exciting landmarks such as Tower of Balem, a World Heritage Site present on the northern bank of the River Tagus. This tower was constructed to protect the city and later it was transformed into the customs house and lighthouse. Rossio has a remarkable role in the history of Lisbon and it is the center of this beautiful city. Admire the beautiful architecture and fountains here. After the earthquake in 1955, the square was shaped rectangular that we can see today.


National Pantheon, was known as the church of Saint Engracia, stands on a hill and overlooks the Tagus River. See the fantastic views of Lisbon’s landscape from its terrace, inside the Pantheon, there are remains of distinguished personalities. Visit the city’s village Alfama, the historical soul of the city. Jeronimos Monastery is a World Heritage site and one of the most visited landmarks.


The National palace Queluz is beautiful and was the residence of royal officials during the 18th century. Padrão dos Descobrimentos is 52 meters tall that commemorates the age of discoveries. Reach the top using the elevator and see the fantastic views of the city’s neighborhoods. Lisbon Cathedral, the city’s oldest church, is the iconic religious architecture dedicated to the Mother of God.

Ticket Redemption:
Present your voucher at the sale point at Praça do Comércio (Yellow Bus kiosk - from 9am to 6pm) or directly to the bus driver at any stop along the tour to be exchanged for a ticket


Additional Information:
Tour is available throughout the year except December 25.
Children up to 3 years do not require a ticket

More Things To Do in Lisbon 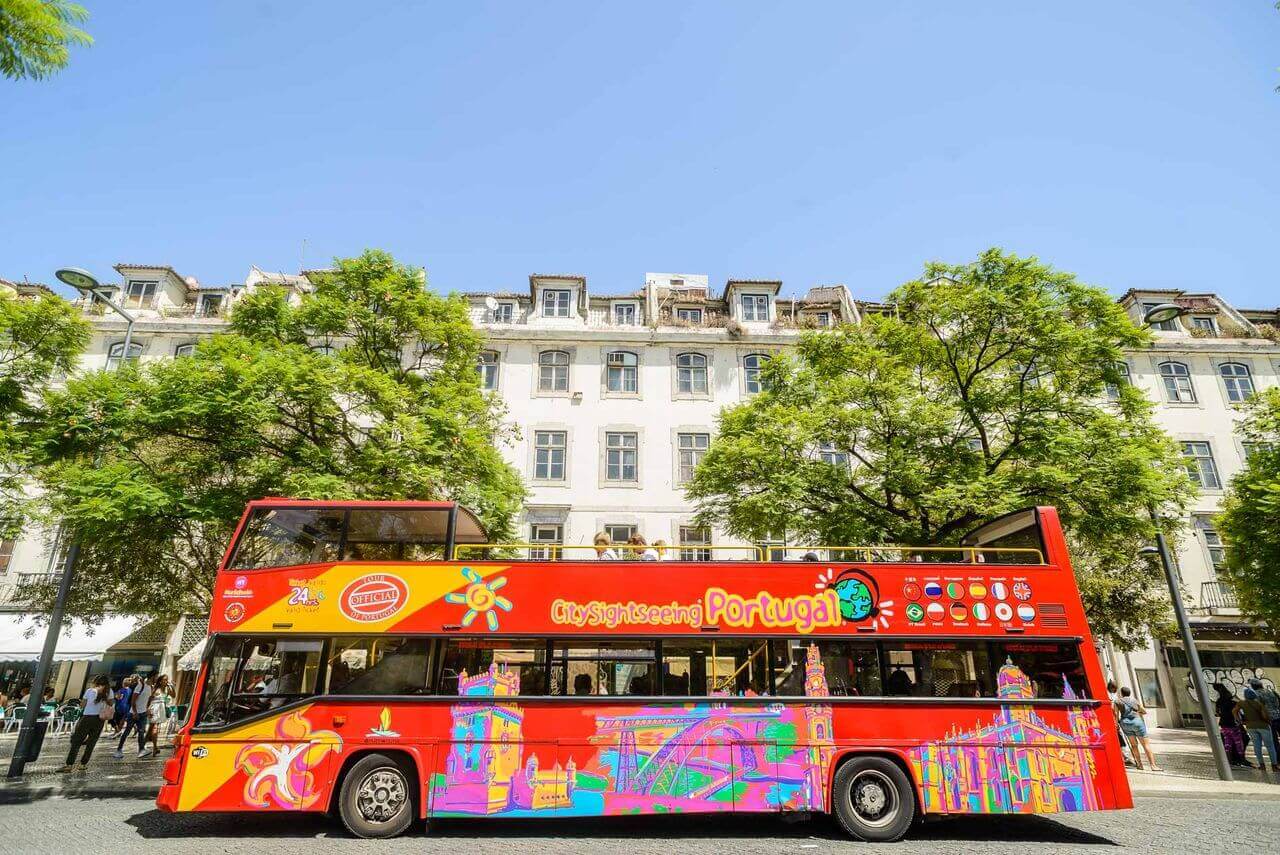